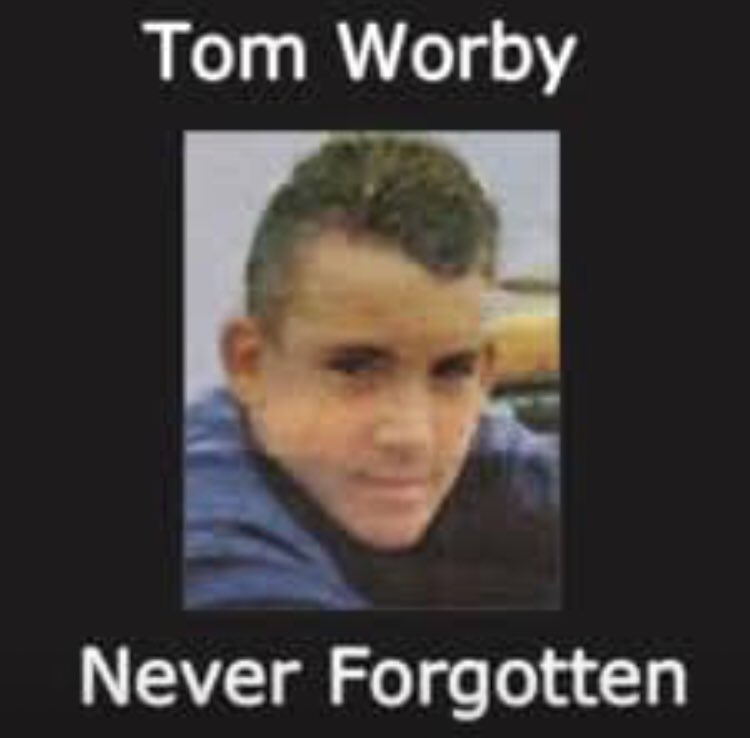 On Saturday 3rd April 1993 Tom Worby, aged just 15, was killed by huntsman Tony Ball at the closing meet of the Cambridgeshire Foxhounds at Low Farm near Gravesley in Cambridgeshire. Mr Ball was never charged or convicted for this unlawful killing.

This was the very first time Tom Worby had accompanied hunt saboteurs on their mission to protect wildlife. Joint huntmaster Geoffrey Fox along with Anthony Ball were so angered by the hunt saboteur presence that they called the police who sent just one officer to deal with the report. When the officer discovered that hunt saboteurs weren’t breaking any laws no further action was taken, but the hunters were clearly frustrated.

Mr Ball then proceeded to purposely and deliberately drive the hound van into hunt sabs, without stopping. Initially he was travelling slowly enough for sabs to get out of the way, but then, in frustration and anger, he speeded up, without any concern for the people in his path. Hunt sabs were forced to jump from the track into an adjacent ditch to avoid being hit, but young Tom Worby wasn’t able to get out of the way due to the size of the van so he was caught between the vehicle and hedge on the narrow track.

Tom Worby was snagged on the left wing mirror and dragged along by the vehicle, driven by Tony Ball, for about 50 yards or more. Tom was screaming at the top of his voice and banging on the vehicle and door throughout this ordeal, which the driver, Tony Ball, was aware of. This was all witnessed by multiple anti hunt protesters who were present. Then poor Tom lost his grip. He slipped down, bounced against the hedge and fell forward, underneath the rear left wheel of the vehicle. The van was driven directly over Tom’s head by Tony Ball. Those present witnessed the van rise up as it drove over the boy’s head.

What did Tony Ball, the driver, then do? Well he didn’t stop. He picked up speed, drove past a couple of shocked and traumatised hunt saboteurs who could not believe what they had just witnessed and hurried straight back to the kennels.

Tom Worby was left in the lane, mortally injured, bleeding from his ears but still conscious. Some of the remaining hunters from Cambridgeshire Foxhounds were laughing at the incident and heralded it as a success for them. They even threatened hunt sabs who were trying to urgently call an ambulance. Their behaviour clearly reflects the mindset of the hunt fraternity.

The lone policeman who was there eventually called an ambulance. But by the time it arrived Tom Worby, aged just 15, had died in the arms of his girlfriend.

The 200 year old Cambridgeshire Hunt were forced to disband, thanks to this brutal killing perpetrated by their huntsman Tony Ball. Although there was an abundance of evidence, witness statements and historic records of Mr Ball’s aggressive behaviour toward anti hunt protestors the Crown Prosecution Service decided not to proceed with a prosecution.

So is Mr Tony Ball suffering from sleepless nights? Has he ever expressed regret for his actions or sympathy for Tom Worby’s friends and family? No. Far from it. Here’s an image of the child-killing piece-of-shit continuing to promote barbaric hunting activity in 2017, proudly presenting an award at the Trinity Foot and South Herts Puppy Show.

Mr Ball is apparently proud of having hunted the Cambridgeshire Foxhounds for 29 seasons, but fails to mention that, while doing so, he purposely and knowingly killed a 15 year old boy. But rest assured Mr Ball – you will be remembered for being the child killer who killed off the Cambridgeshire Foxhounds and made a great contribution toward ending foxhunting for good.